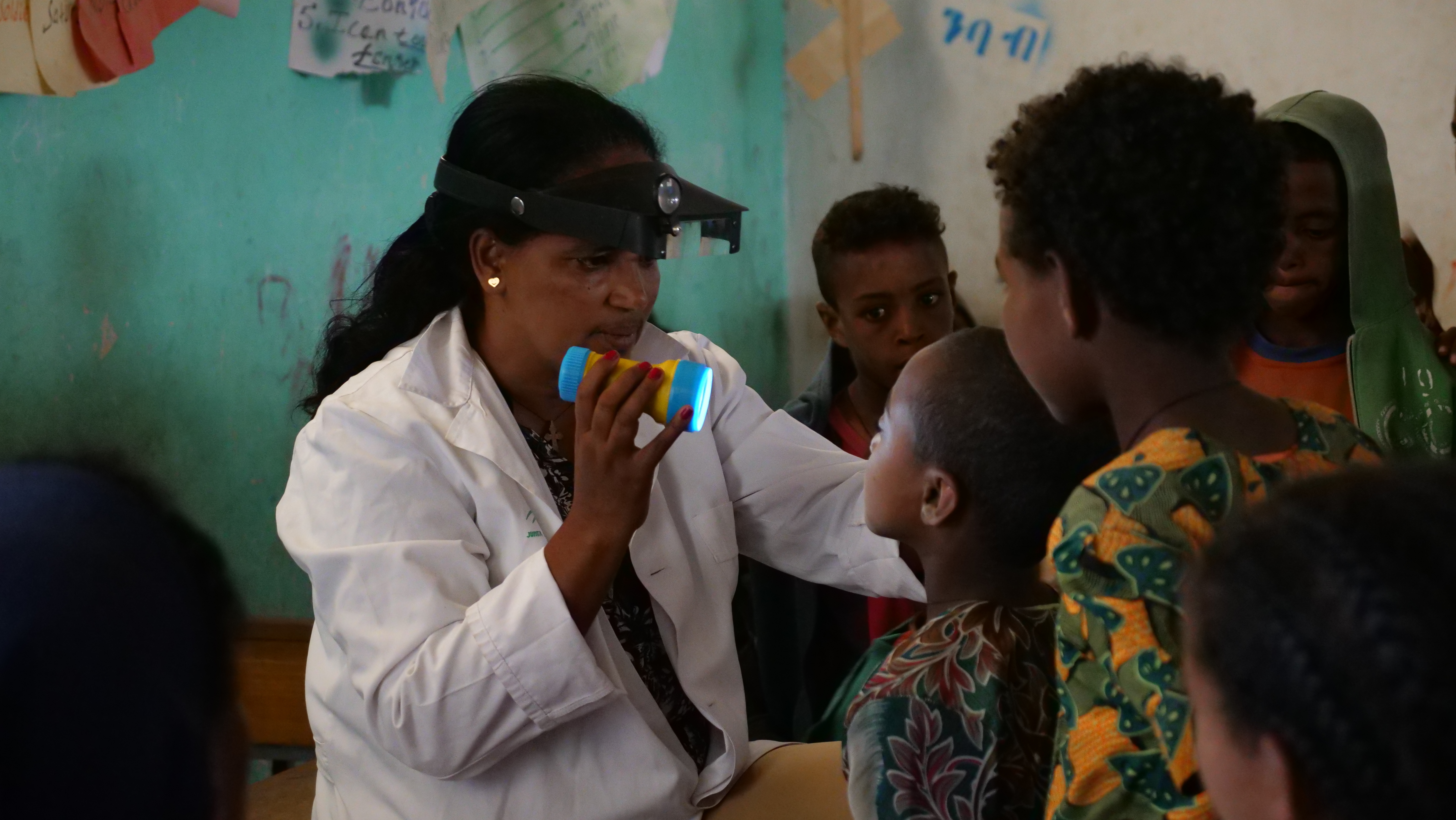 Since 2016, the EJC has been running the grant programme which offers journalists the opportunity to get a reporting grant of 15,000€ (on average) for an in-depth reporting project on the topic of global health, reported from a developing country.

This programme has proven very successful: To date, the Global Health Grant Programme has awarded 29 projects in Germany that led to around 200 publications to date, raising awareness of the topics across a large spectrum of news media and specialised magazines in Germany. For the 10 French projects awarded last year, more than 50 stories have been published in relevant French media outlets so far. The programme helped editors realise that global health topics can be exciting and reach a considerable audience, like a story on Fistula which received around 3 million views on Spiegel Online. Journalists felt the reporting advanced their career with new contacts to editors, an enlarged network of fellow grantees, and in some cases with journalism prizes, like the Memento Prize for Neglected Diseases or the Journalism Prize of the German Central Committee to fight Tuberculosis.

For these reasons, we were excited to launch a new round of applications earlier this year. 14 German projects and 13 French projects convinced the juries with their under-reported, yet important topics.

Do you want to receive funding for your reporting project?

Before the end of the year, the EJC will launch two more calls for applications in this global health reporting programme, one for Germany and one for France. Stay tuned not to miss the opportunity - it’s the last one for this programme!

Meet our German winners and their fascinating projects:

It happens in conflicts all over the world, yet nobody is talking about it: The rape of men. The health sector largely dismisses the issue and points to lacking data. But the truth is that survivors do speak out. This investigation wants to explore the dynamics and consequences of this vicious circle in the refugee settings of the Rohingya in Bangladesh and Syrians in Jordan.

How to kill a virus?

The fight to eradicate Polio is about to suffer a serious setback, as the international community is negotiating the terms of what might amount to the handing back of Afghanistan to the Taliban. Already, case numbers are spiking, foreshadowing a bleak future for the country’s children.

Seventy percent of the eighteen million new cancer cases annually are diagnosed in developing countries, and cancer causes more deaths than tuberculosis, malaria and HIV/AIDS together. But so far little has been done to fight this epidemic. This project will show the urgency of the matter and how it could be addressed.

Fighting the Yemeni cholera epidemic with a Big Data approach - this project will investigate if artificial intelligence can enable UNICEF field teams to prevent cholera outbreaks in war-torn villages.

Webcam Child Sex Tourism (WCST) is a growing crime. The Philippines has recently turned into the world's biggest source of live-stream sexual abuse. This project explores the severe psychological trauma which child victims of WCST experience.

Up to 140,000 people worldwide die from snakebites every year and another 400,000 are left permanently disabled, often losing limbs or their sight. As the WHO and the global health community begin to wrestle with this neglected tropical disease, the journalists will explore whether the tiny kingdom of eSwatini (formerly Swaziland) might offer solutions.

Inside the pandemics predict project

Most of the deadly diseases like Ebola, Lassa and Zika find its origin in animals in the tropical rain forests of Africa. The journalist will accompany researchers supported by the Robert Koch Institut who are looking for new pandemic threats to be able to predict future outbreaks.

The global battle against Ebola

This project will trace the line of the vaccination rVSV-ZEBOV-GP from the first clinical trials to the patients in North Kivu, DRC. The two journalists will describe the difficulties of fighting the virus in a politically volatile region, the resilience of the community and health workers on the ground as well as the advancements of the global research community.

Bangladesh is one of the countries most affected by climate change. At the coast and up-country, the journalist will follow Bangladesh scientists to villages to explore the health effects of climate change, examining soil and freshwater quality, waterborne diseases, and access to healthcare.

Malaria is by far the deadliest mosquito-borne parasitic disease with 219 million infections and 435,000 deaths worldwide in one year. Latest studies connected to global warming show that the slightest rise in temperature increases the risk of infection for millions of people. This project is looking at new science, infection scenarios and the first extensive trial of a new malaria vaccine.

After the Ebola epidemic and decades of institutional neglect, young girls and pregnant teens are particularly affected by Sierra Leone's health and debt crises. This investigation will provide context to high maternal mortality rates and a nuanced exposé of societal challenges pregnant teens face, telling the story of what they've lost, who's to blame and why it matters.

Sexual education is still a major problem in many African countries, and the lack of it a big part of the continent's HIV crisis. In many countries, the topic of sex is a big taboo. This project will report about recent alternatives and creative attempts that give hope for a better future for girls and boys alike.

How to combat neglected tropical diseases

One in six people worldwide is infected with at least one neglected tropical disease (NTD). Since 2019, the German government has supported a programme to research and combat these diseases in the particularly affected CEMAG region of Africa. The journalists will report about exemplary projects and the first results of the new international programme.

Hope and hurdles - drugs are not enough to fight MDR tuberculosis

There is new hope for an old disease as better drugs and patient centered approaches change the treatment of multi drug resistant tuberculosis in Mozambique. Similar successes are seen in Belarus, but in this middle income country, the withdrawal of Global Fund could lead to problems with access to quality drugs, which might fuel MDR-TB. This investigation will show how science, the social setting and changes in funding interact in unexpected ways in the fight against tuberculosis.

You can find more information about the EJC journalism grant programmes here.

How journalists are overcoming the challenges of global health reporting

Cross-border journalism: The successful example of a German-Indian collaboration