Seventy percent of the 8 million new cancer cases annually are diagnosed in developing countries. But so far, little has been done to fight this epidemic. This project will show the urgency of the matter and how it could be addressed. 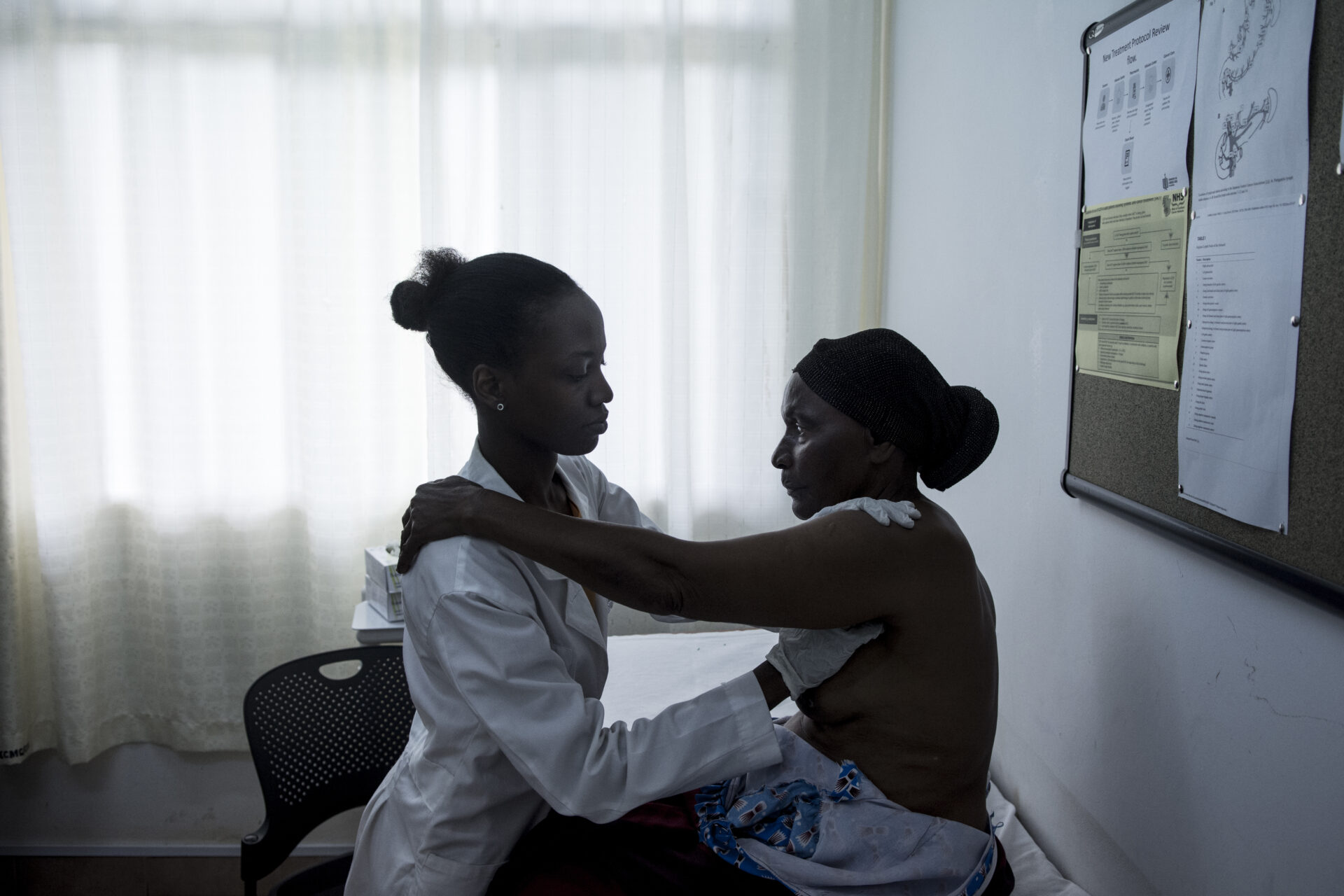 For a long time, cancer has been a scourge of developed countries, while in developing countries malnutrition and diseases such as malaria and HIV / AIDS have claimed the most victims. But that changes dramatically. Seventy percent of the 18 million new cancer cases annually are diagnosed in developing countries. Unlike in developed countries, where the number of cancer deaths is falling, 80 percent of patients die there. Meanwhile, cancer in developing countries is causing more deaths than HIV / AIDS, malaria and tuberculosis. The prognoses of the WHO for the future are still much gloomier. If left unchecked, there will be 27 million new cancers and 17 million cancer deaths in 2030. But especially in sub-Saharan Africa, there is little awareness that cancer is the main health problem of the coming decades.

In order to fight the disease, it would be necessary to run extensive public awareness campaigns, training of health workers, screening tests, affordable treatments and vaccinations. So a very similar package, as it has been successfully launched since the 80s to combat HIV / AIDS. The fight against cancer is technically much more demanding and costly than that against the diseases mentioned. However, so far only five percent of the world's anti-cancer funding go to developing countries and their chronically underfunded healthcare systems have little to oppose the epidemic.
Awareness of the problem is low for both health professionals and the general public. There are no preventive examinations, which is why 80 percent of all cases of cancer are discovered too late and can no longer be treated.

Even if the cancer is detected in time, it often cannot be treated. There is a lack of oncologists and in many countries there is not a single device for radiation treatment. With many countries offering no more than four to 15 Euros per patient per year, cancer drugs, which can easily cost thousands of dollars, are far too expensive. But there is also hope. There are now simple screening tests for early detection and vaccinations can prevent at least cancers types caused by infections. A nationwide vaccination campaigns in Kenya that prevents cervical cancer, which kills 300,000 women every year.

Together with his wife and a Tanzanian colleague the German oncologist Oliver Henke builds one of the country's first cancer stations in Moshi, Tanzania. He explains why cancer is on the rise and gives background information about the challenges. The project accompanies him in his daily routine in the clinic and his wife in the surrounding villages, where she runs awareness campaigns. The project also operates one of the few palliative care providers in East Africa for terminally ill patients. In the capital, Daressalam, a German hospital pharmacist explains to local health workers how to handle the highly toxic substances for chemotherapy. This example in particular shows why cancer poses such tremendous challenges for developing countries.

For the topic of cancer transmitted by infection, the project turns to neighboring Kenya. A team of health workers will be escorted in the West African town of Eldoret, where telemedicine-based cervical cancer screening is carried out. It also discusses why there are no regular previous checkups. In addition, a Kenya-wide vaccination campaign against HP viruses, conducted by the Kenyan Ministry of Health and supported by the vaccine alliance Gavi, will be accompanied on the subject of "Expensive treatment", the Ecumenical Pharmaceitica Network, based in Nairobi, Kenya, will talk about the need of a fair supply of medicines and modern treatment methods for Africa. The hospital pharmacist in Moshi will also talk about this challenge , giving examples from his daily routine.